Nope, the photos aren't out yet, but they let us see some first so that we can give our stamp of approval. These are some samples, for those really interested :P

The red dress was the most skimpiest thing I've ever worn. Almost had wardrobe malfunction. We simply had to choose these pictures, since the man turned red with the effort to carry me. I'm not a waif, hahaha 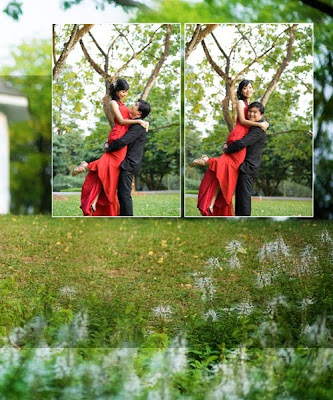 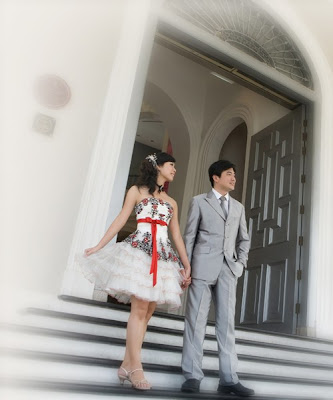 A crime committed a decade ago stretched out its long fingers and tapped me on the shoulders recently.

As a careless undergraduate I lost my wallet, it fell out of my pocket while I was exercising in the park, and I never found it. It was a hassle getting all the documents replaced - IC, matriculation card, ATM cards - but I thought that it was the end of the story.

Until a few days ago, someone, an Indian/Bangladeshi foreign worker, turned up at my home, holding my poor long lost IC and matriculation card. They were stained and old by now, and I obviously don't need them anymore. Their sudden, unexpected appearance raises more questions than ever. How had these two cards survived these years? Literally, where on the earth have they been? If the person had stolen my wallet for the money, wouldn't he simply throw the cards away? There is only one dreadful conclusion which disturbs me deeply.

Someone has been posing as masterofboots in our country, someone who obviously has no right to reside here, taking my cards, ran around as an undergraduate. This is just...outrageous. The very idea is utterly repulsive. What had this person been doing in my name?

Anyway, it is too late now. These questions don't have an answer. Just remember, low crime isn't no crime, so be very careful with your things. Who could have guessed that a trivial oversight like this would have grow such long roots?
Posted by MoB No comments: