This is the view of the volcano we had from the restaurant.  Splendid isn't it? 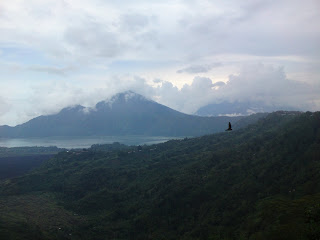 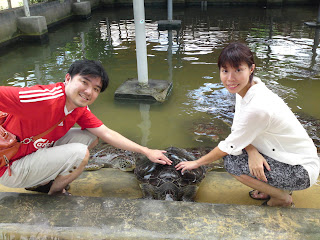 I'm embarassed to admit that the turtles were the only animals we dared to touch. And they are the biggest I've ever seen. Oh dear, what are we doing to do with our terrapin when it reaches that size?

But Turtle Island isn't a place for animal-lovers to go to, unless they are animal-rights activists. Our island guide tried to persuade us to pet a snake 'No problem, the mouth is all taped up'. Or take pictures with a eagle, which was ignominously made to flap around like a chicken, or grab the turtles from the water and turn them over. The place reminds me of a very primitive zoo, in the bad old days when men were made to fight beasts for others' pleasure.
Posted by MoB No comments:

Ahhh...what luxury it is to wake up to breakfast served in your own private pavilion  beside the swimming pool, and not to meet a neighbour throughout the stay. I can get used to villa living.

All memorable moments seem centred around meal times. We had lunch at a restaurant overlooking the volcano, and I innocently asked our driver 'so can we walk to the volcano after lunch'. er, the answer is no, of course. Volcanos are only to be enjoyed at a respectful distance.

Then, there was a seafood dinner on the beach, where fireworks were going off before our eyes. We had steamed crab, calamari, grilled prawns and mussels, then the man said he liked the everyday corn on cob best. What a waste of decadent food!

Bali is beautiful of course, and there were plenty of attractions to entertain the tourists, though I would have enjoyed the trip even more if we hadn't felt like we were constantly being shaken down for every penny. A 40min cruise costs U$40 each! And at the airport, we were sold a tiny bag of potato chips for more than $2.50, and finally, at the airport, some random booths were set up between us and the plane, and we each had to pay U$19 in departure taxes. We tourists of course should expect to spend money, but we should have been made to feel that the money is well spent. At least, give us value for money, don't take us for fools.

Lastly, a curious observation about the world/US economy. The American currency seems to have less mileage nowadays. The hotel insisted that we paid them in new notes, printed after 2006! huh? People are more hesitant to accept payment in US dollars. Oh dear...if ever there was an ominous sign
Posted by MoB 1 comment:

and now, let the credits roll

Dear friends, what have we done to deserve such big-hearted, focussed and capable help? You are going to convert me from my misanthropic ways if you don't watch it! We want to thank

'Jie Mei' - The gatekeepers. Suen the chaperone of the bridesmaid, CY and Jen for zipping my dresses up again and again :P

Brothers - Jeremy, Paul, Mike, etc for shaking their bums shamelessly for the sake of their brother's quest. But someone secretly hid the chilli padi instead of eating it!

Weng and Gary - one of the relatives commented, 'they are the best photographers I have ever seen!' Thanks for making those aunties and uncles smile widely

Huimin and Samson - the Band, for singing my favourite songs

Henry - for taking care of the million details at touch centre

Sminy - music selection and personal freight of the music

YC - the almost 'sister'. we felt so safe knowing that you were looking after the AV

My own sisters - Boon One, Fat one and Little Fish - you girls look so pretty at the dinner reception!

All right, now the dust is settling in the aftermath of the event, and we are getting used to being the 'Marrieds'. When we finally, finally get our act together, will have house warming...eventually. Am not cooking. I've declared that all along, so there.
Posted by MoB 2 comments:

This is what I look like on the outside...at least, after 2 layers of makeup, false lashes and styled hair. 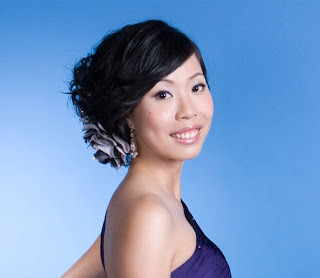 This is how I really feel inside 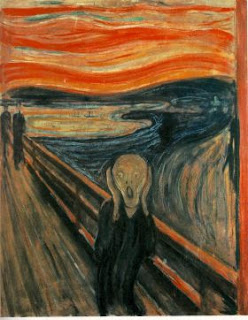 Overwhelmed by the intensity of what is happening and the cataclysmic changes about to sweep through my life. Even my name is going to be changed, and don't they all say that the name represents your identity? (The feminist in me whispers subversively, 'how come the man doesn't have to change his name?')
Posted by MoB 1 comment:

End of the daisy path 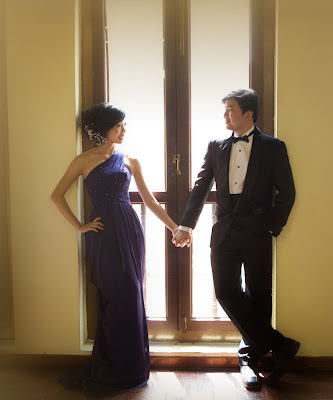 To be printed out, signed and presented for entry


To be filled in apppropriately, printed out, signed and presented for inspection on 6 Feb 2010
Posted by MoB 1 comment:

Scream! Sminy spilt the beans on the stag night. I want to do my hen night again! This time with male pole dancers, skimpy wear and plenty of beer!
Posted by MoB 1 comment:

How come I'm not called a doe instead? A stag is dashing and exciting. A hen just pecks, clucks and fusses around busily.

Hen
At Coca my favourite steamboat restaurant, and after that, a sedate cup of camomile tea and cake - all very Victorian and ladylike. If we giggled over lingerie and such, I'm not telling you. What do you expect? I'm a bookworm. A good night out means doing things I best like to do, not activities that I never do, because the reason I never do them is that I don't like them. Then as scheduled, we went home before 11pm. Thank you girls. I had a great time :) This is just the way I like it.

Stag
Traditionally, the secrets of the stag night are never to be revealed in the light of day, so I'm not sure what happened. But there are some clues. V went home at 3am, puked several times, and woke up at 12pm the next day, ashen and weak. Sounds like they had a really wild night. Hmmmmmm...
Posted by MoB No comments: